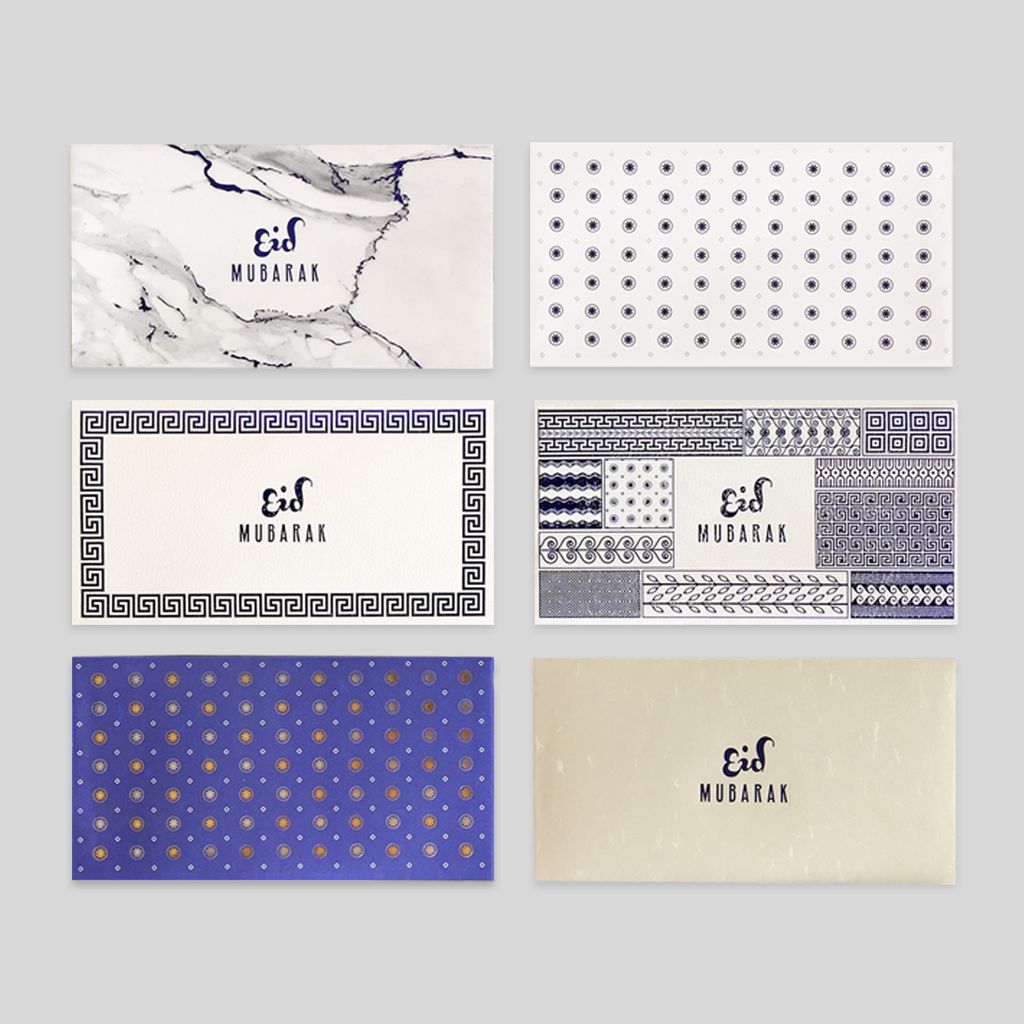 Hari Raya Aidilfitri is celebrated by Muslims worldwide to mark the end of Ramadan, where everyone spends time with their beloved family and enjoying nice dishes.

Collecting “Duit Raya” is a tradition that many look forward to. This year, LYPATAN has designed a new set of Raya packet design for you to give out your duit raya to.

The Regal Series consists of a mix from the following design:

1. “Madagascar Marble” - influenced by labradorite bianco, a type of granite with blue-tone streaks, typical on the stone, to create a flickering effect. At first sight, the plain marble may seem dull, until you catch the colourful shimmers from the blue tone.

2. “Tropical Petsinos”-  inspired by ancient Greek patterns typically found in Greek architectural designs. Printed on a premium paper called Lychee, aptly named due to the lychee-skin-like texture, this design adds a modern and simple touch for your Raya packets!

3. “Meandros” - inspired by various types of Greek patterns found in various Grecian designs. We’ve added fine gold-stamping to the design for an extra touch of glam to these Raya Packets!

4. “Hoop Petsinos” - heavily influenced by circular Greek patterns, on white textured paper, with a touch of blue-stamping that gleams when it catches the light

5. “Hoop Grecian” - heavily influenced by circular Greek patterns, on blue textured paper, with a touch of gold and silver-stamping that gleams when it catches the light.